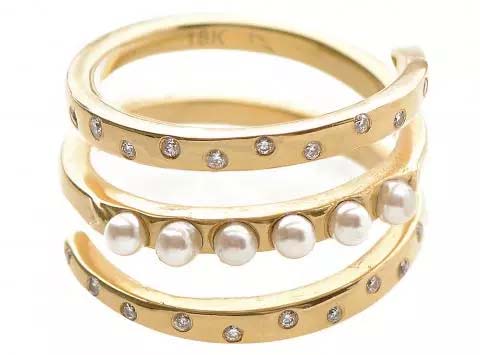 When akoya pearl sales shot up 40 percent in 2015—and then another 10 percent this year—Daven Sethi, vice president of New York City–based Tara Pearls, knew the classic white pearl was on the brink of a new crest of popularity. “The majors have been doing superb with akoya,” Sethi says.

White akoyas have been a jewelry-box staple ever since the Japanese inventor and cultured-pearl pioneer Kokichi Mikimoto perfected the culturing process around the turn of the 20th century. World War II veterans returning home to America began snapping up akoyas for their sweethearts, while celebrities and fashion darlings such as Jacqueline Kennedy and Coco Chanel also helped catapult the pearls to must-have status.

But over the years, new and top-quality varieties of Chinese freshwater cultured pearls began to draw the attention of designers. The classic akoyas—literally your grandmother’s pearls—looked fussy and stale in comparison. Now, however, a new generation of jewelry makers and collectors is reenergizing the akoya market, aiming to collect, design, and wear them in modern ways.

“We’re interpreting fine design with pearls, including akoyas,” says Kathy Grenier, marketing director for Imperial Pearl and for the Cultured Pearl Association of America. “Imperial began its life with the akoya pearl, and now it is actually returning to this core business.” 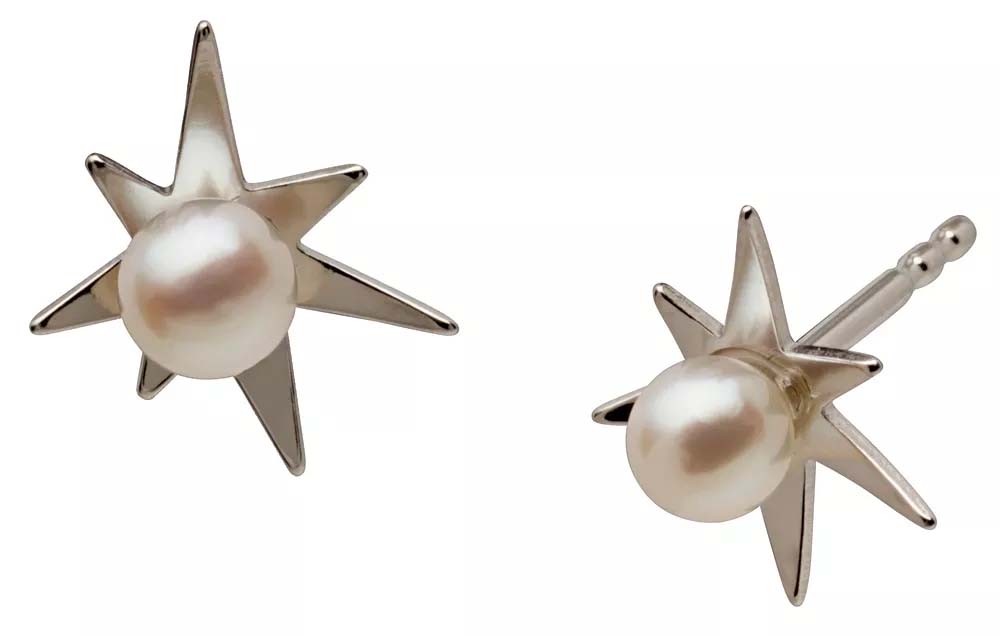 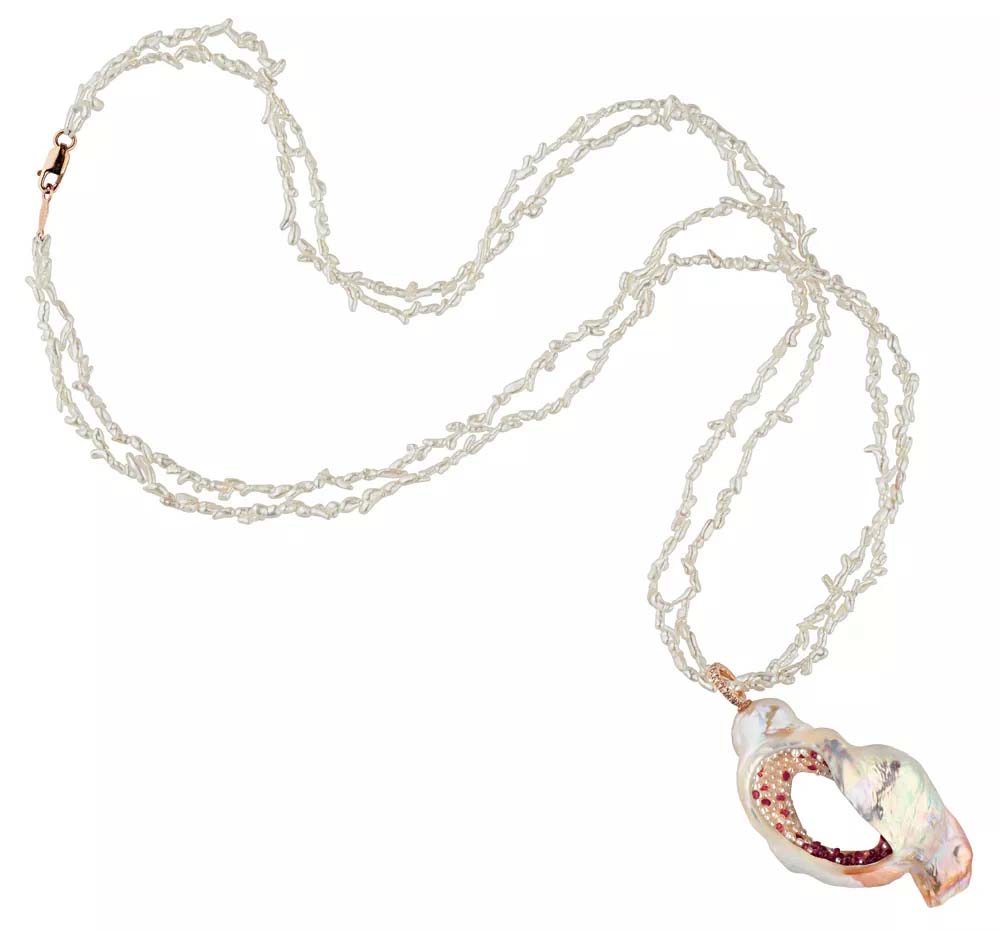 By all accounts, a rise in Asian demand has ignited the run on akoyas, often described as the most lustrous of pearls. “The Chinese retail market has found a new desire for akoya,” confirms Fran Mastoloni, president of New York City–based Mastoloni Pearls. In fact, owing to the sheer size of the Chinese market and its emerging middle class of shoppers, akoyas have found themselves in the global spotlight. “Worldwide demand is up,” Sethi says.

But the fact that a slew of creative designers have begun to use the basic pearl in extraordinary ways is also driving interest in the once-moribund category. Anil Maloo, president of Los Angeles–based Baggins, for example, says the company’s front-to-back akoya earrings are “our best-selling earrings for the past year.” The Baggins collection also features “baby akoyas”—pearls of 3 mm–4 mm sizes sourced from farms in Vietnam—starting at $180 retail, explicitly to target millennial buyers.

While the beauty of akoya is undeniable—“The luster cannot be matched,” Mastoloni says—its role as a support element in jewelry has also helped nurture its revival. “I modernize them and use them as you would most gemstones, as accents,” says Jocelyn Prestia, the designer behind New York City–based Unhada Jewelry.

At Little H in Los Angeles, designer Hisano Shepherd, also a pearl buyer for PearlParadise.com, incorporates akoya keshi pearls as well as akoya pearls in colors as varied as gold, deep blue, and pistachio—all natural—into her work. She says that when clients “realize that akoya pearls aren’t just round and white,” their reactions are overwhelmingly positive. 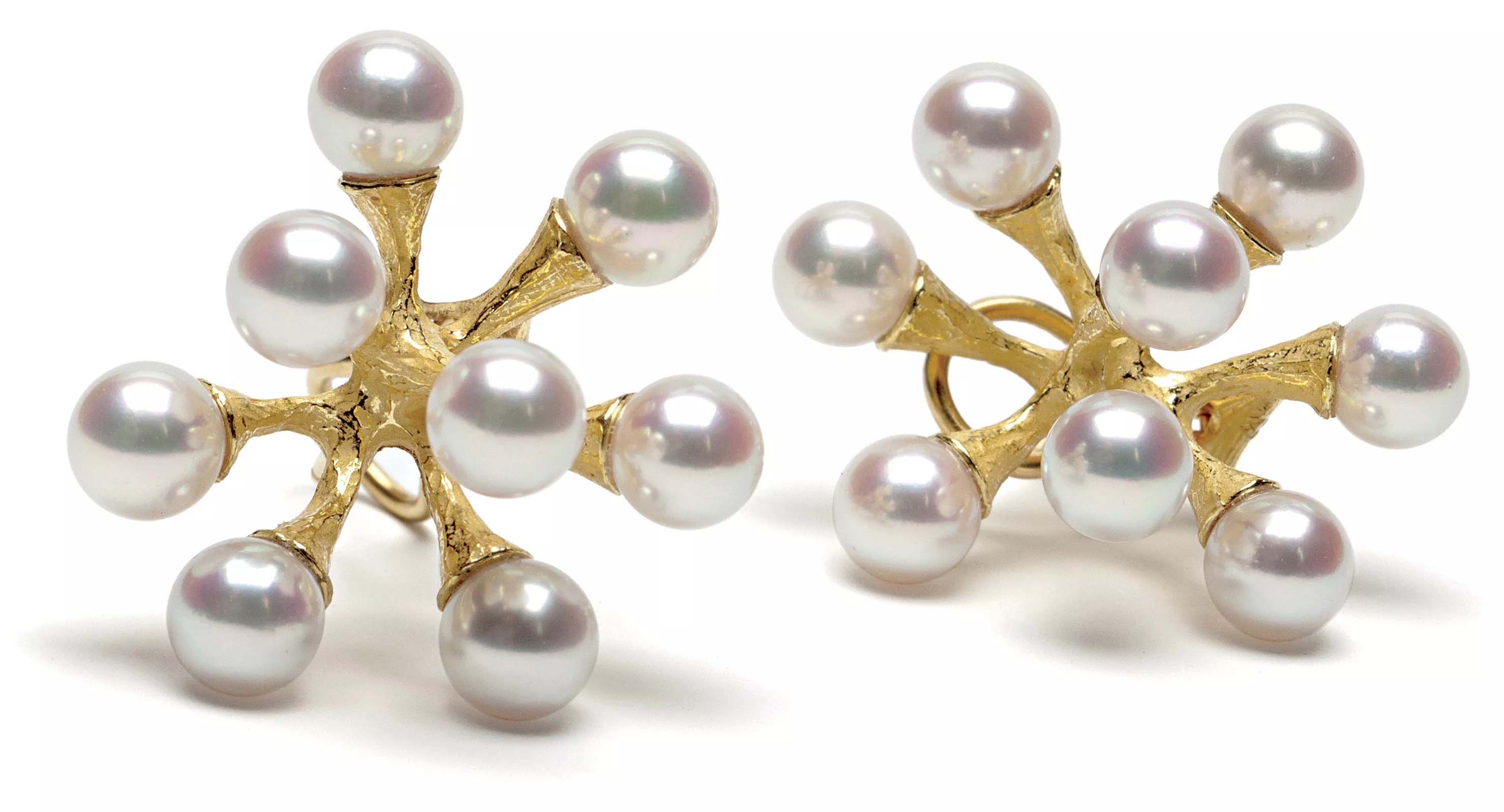 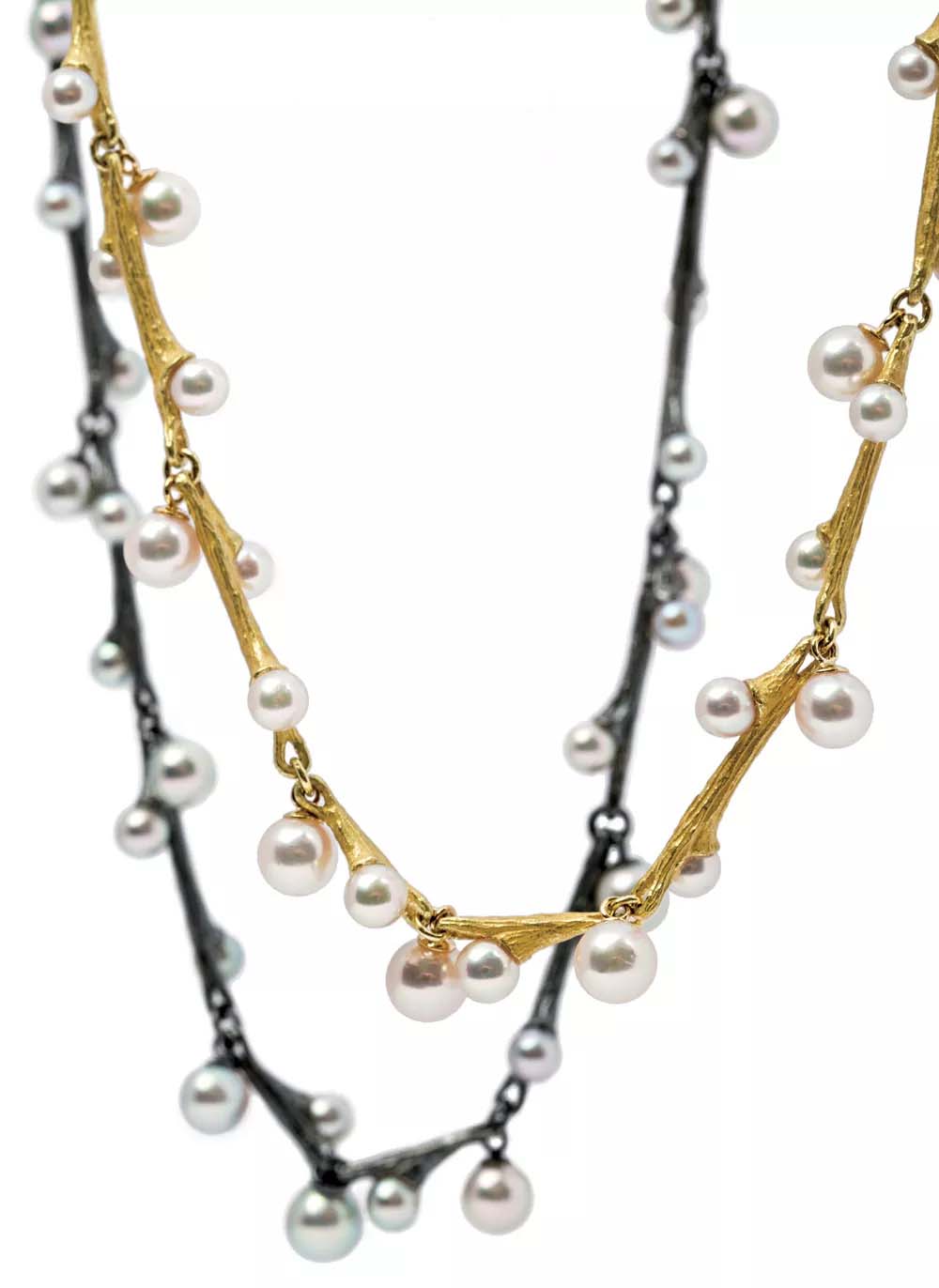 A Victim of Reputation?

Of course, with a reputation as classic as that of the akoya, the pearl’s newfound success hasn’t come scot-free.

First there’s the double-edged sword of Asian demand, which has driven up akoya’s profile but also its cost. Buyers have noticed a Grand Canyon–like range of price increases at wholesale, from 15 percent to as much as 75 percent.

“Because of the demand and dollar-yen exchange rate, our cost prices are higher for sizes under 7 millimeter,” says Joseph Nakamura, owner of Shogun Pearl.

Couple the price hikes with the declining number of akoya farms in Japan and China—due to factors such as decreasing profitability and lack of interest from the younger generation—and what you get is a strong appetite for akoya that is not necessarily easy to sate.

Unhada’s Prestia witnessed this reluctance firsthand at a recent trunk show, where she sold a $5,050 akoya pearl ring. “The store owner told me not to bring any pearl jewelry, but I still brought a couple of new pieces,” she says. “One of them was an akoya ring, and it got more oohs and aahs than any other piece. I probably could have sold five more.”

Educating buyers and sellers on the finer points of akoya pearls, including how they differ in looks and price points, will surely help the cause. “Be sure you have good, better, and best qualities,” Grenier suggests. “You need a similar philosophy to selling diamonds in that you show comparisons for better understanding and confidence building.”

And perhaps most important, break down that ol’ granny pearls stereotype by carrying interesting akoya pearl jewelry designs. Maloo urges retailers to “mix up the showcases so they don’t look boring and traditional.”

While freshwater pearls have certainly found their footing as pretty and affordable options, and South Seas are still prized for their colors and sizes, there’s no denying that akoyas are the pearl world’s current golden child.

“Customers want a better product that they can sell with a good value and margin,” Mastoloni says. Akoyas, he adds, are a cornerstone of his inventory. 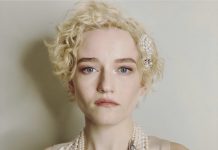 The Pearl Mega Trend & Why it’s Here to Stay 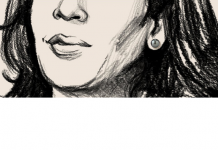 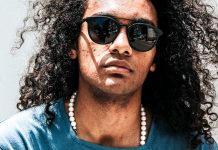 7 Staple Items for Every Jewelry-Loving Girl (and Boy)